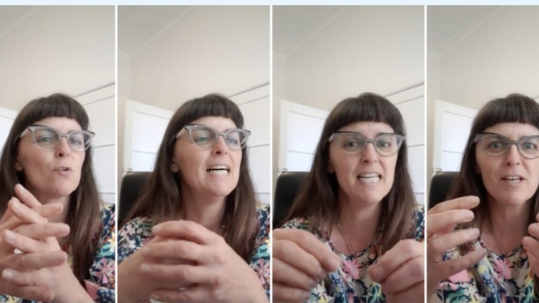 Posted at 16:13h in ADHD, Articles and Blog Posts, Strengths by Susie Hopkins

Earlier this year a TikTok that I posted for International Women’s Day went viral! 🤯 It’s my most popular post at 24.0k views and more than 2K likes which says a lot about how much of an issue a lack of self-worth is for so many women with ADHD.

But it’s not all bad news, we can fight back!

The systemic inequity that women experience extends to ADHD diagnosis and management. While ADHD in women and girls is FINALLY being acknowledged, there is still so little research about us.

But here are some examples of what we do know and some resources so you can find out more.

Males are more likely to have ADHD. For every 2 males, 1 female is likely to have it. In other words, we make up a third of people with ADHD – despite this, probably 99% of the research has been about males.

And, while they may be impacted more often, there’s mounting evidence that ADHD can be much more problematic for women and girls.

For example, despite growing awareness, women and girls are still much more likely to fly under the radar partly because they’re less likely to be overtly hyperactive.

We know that hormones really impact how ADHD affects us. Menstrual cycles, pregnancy, postnatally, and perimenopause – all of these can already have a huge impact on emotion regulation and cognitive function. On top of this, women are more likely to experience binge-eating disorders, more psychological distress and have a lower self-image than men with ADHD.

Then there’s the role of women in society, especially motherhood.  Our workload – both paid and unpaid, in other words caring for others and housework – is far greater than men’s and that’s not taking into account the mental load mothers bear compared with fathers. Economically, people with ADHD are likely to have much smaller incomes than people without, and this is even worse for women due to the inequity that we already experience.

One solution to all this is to categorically refuse to take on board BS gender-based expectations of society and the internalised perfectionism that often goes along with them – that women must somehow be great mothers, home-makers, career women, cleaners, cooks, launders, the gift buyers, the taxi drivers – all while looking amazing of course! And to outsource as much of this crap as you possibly can – especially domestic chores – without an ounce of guilt or feeling that it’s an extravagance – it’s not, it’s survival.

If you wish to arm yourself with more excellent info about women and ADHD I  suggest also giving this a read. But I’m warning you, it doesn’t paint a pretty picture. While I’m mostly into silver linings, sometimes we need to deal with the really tough stuff though if we’re to change things.

And remember, you’re not hopeless or useless, you’re amazing to have achieved what you have considering everything you’ve been up against.

Be gently guided to optimise your mental functioning and reduce your ADHD symptoms.

Have practical insights and tools sent straight to your inbox.